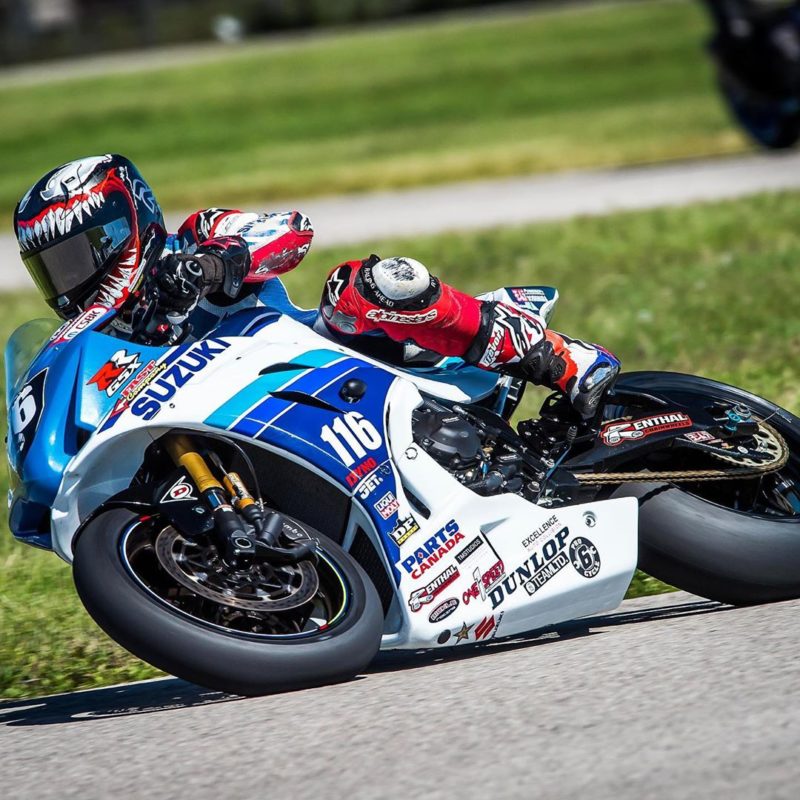 Use this Promo Code to receive $1.00 off your purchase

In 2011 Trevor made a career transition from racing cars to the ultra-competitive world of Superbike racing and in only a handful of years, Trevor has accomplished what takes most a lifetime in the sport.

Trevor claimed the 2012 Canadian national AM Superbike championship in style winning the opening race and taking 6 podium finishes in 6 races. Trevor made an immediate impact as a new driving force at the highest levels of the sport in the country.

2013 saw Trevor move directly into the elite class of Pro Superbike where he dominated all pro rookies by claiming 3 “pro rookie of the race” awards and trips to the Pirelli super pole in all 6 national rounds.

Capturing his first profession race win in the middle of the 2014 season, was just one of many exciting highlights which inevitably lead to Trevor capturing 2nd place overall in the Canadian Superbike championship.

Trevor showed great strength in the 2015 and 2016 seasons, claiming 5th place overall in both championship seasons and after taking some time to focus on some life and business opportunities, returned in 2018 to take 4th overall in the Canadian national championship headline Pro feature class.