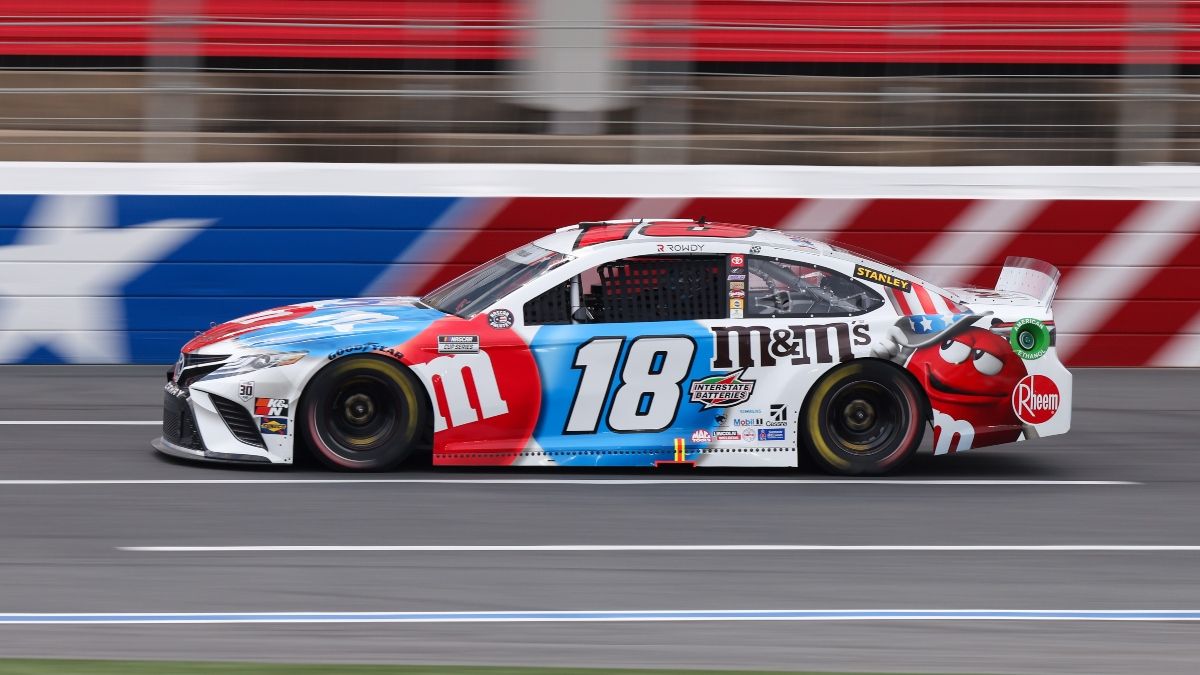 CHARLOTTE (May 30, 2021) – Kyle Busch (third) and Denny Hamlin (seventh) drove to top-10 finishes in their Toyota Camrys in the Coca-Cola 600 at Charlotte Motor Speedway on Sunday evening.

Hard fought third-place finish. How do you feel now after a weekend with practice? Is this team on the upswing?

“We would certainly like to think so. We’ve had some strong runs and we’ve had some runs that were better than the finishes that we got out of them as well. Overall, we had a really good piece – strong from start to finish there. We just kept trying to make some little tweaks to it, and make it a little bit better. I don’t know what happened on that final pit stop. We got out in front of those guys, but they had the momentum to get by me I guess and I was just too loose and too sloppy on the front side with some speed, but once we got rolling there, we got a lot better and we able to run them back down, but we just couldn’t get back by them. Great night. Thanks to M&M’s, Toyota, TRD, Cessna, Rowdy Energy, Interestate Batteries, everybody who does such a great job for us.”

I know you want more than third, but best-in-class tonight?

“Definitely, we had nothing for the Hendrick cars. Overall, just a really good night for us. This M&M’s Camry was fast. Ben (Beshore, crew chief) and the boys did a really, really good job. I appreciate for all that we had – it was enough to go out there and run strong. I tried to break them up. I didn’t want them to finish 1-2-3-4 again, so at least I could get in the middle of them, but overall, good job. Thanks Rowdy Energy, Interstate Batteries, Cessna, Stanley, Rheem, everybody that gets us where we are at. We had a solid night tonight. Hopefully, good for the points, and hopefully we can keep this momentum rolling.”

How was lapped traffic tonight?

“Some of it wasn’t so good, others were fine. The problem was that it was pretty much mainly one groove right in the middle of the race track and that’s where everybody wanted to be. That’s where the lapped cars wanted to be and you kind of had some inconsistencies of where they would go on the exits whether they would go up to the wall or stay low and leave room. It was kind of a little bit of back-and-forth.”

What more were you missing compared to the Hendrick cars tonight?

“Overall raw speed. When we were running there through some of the middle part of the race, we were wide open from one and two and just barely breathing it through three and four. You need to be wide open all the way around to complain about raw speed, but realistically, you just need to go from that corner (four) to that corner (one) faster and that’s straight line speed so that’s overall. They (Hendrick Motorsports) were fast and they look good under the hood and they had good aero too.”

Was the traction compound causing the one-groove track?

“Yeah, definitely. When you spray it the way they spray it, where it was sprayed and all that stuff. It was pretty one groovish, pretty dominant right in the middle. You could still kind of move around a little bit, but whenever you were trying to pass somebody that you were relative to the same speed as you catch them and you dive bomb to the bottom, they just stay in the gas in the traction compound and come right back on your outside. You can’t ever create any separation when you’re always in the gas, always in the throttle. That’s a product of the car as well too, not just the track.”

Do you feel you’re getting into a good groove with your team at the right point in the season?

“A little bit, yeah. We’ve had some really strong runs. We’ve been fast this year, just haven’t quite got some of the finishes we deserve with that, but overall Ben (Beshore, crew chief) and the guys gave me a great piece tonight. It was really good from start to finish. We didn’t qualify as good as I wanted to, I was pissed off about that. We rallied in race trim so that felt good.”

Did you make many changes to the car during pit stops?

“No, all night long we were just kind of tweaking on it here and there. I knew there were little things we could do to improve it. We probably took it from about a seventh-place car to a third-place car. Thought we had a second-place car there before the final pit stop. After the final pit stop, it just wouldn’t take off, it wouldn’t go so something was different.”

How different is it seeing Hendrick Motorsports race this year compared to a year ago?

“They’ve certainly gone to work and done their homework. They’ve also plugged in a superstar driver to one of their cars. Chase (Elliott) is no slouch, William (Byron) is really good, but Kyle (Larson) is arguably one of the best. I think they’ve done a really good job obviously of getting good equipment, good pieces and Kyle is making the most of it for sure.”

Is there one particular thing that your team has hit on in recent weeks?

“No, not really. The engineers and my guys are kind of getting a better understanding of what I like to have in the car for a setup. Having practice here this weekend gave me a little better opportunity to kind of work and tweak on the car and give them even more of a better understanding of what I’m looking for. We did some good things this weekend and we need to debrief about it, talk about it and we’ve been strong on the mile-and-a-halves this year too so this felt good to continue that roll.”

What does it mean to see Hendrick become the all-time winningest race team?

“It’s cool, it’s special and all. They’re no slouch, they’ve never been a slouch. They may have had some down years, but there’s a lot of smart guys over there and a lot of guys that I still know and have some relationships with. I wouldn’t say it’s good to see them be rewarded for all their hard work because now I’m getting beat by it, but certainly there’s that sentiment.”

How close do you think Joe Gibbs Racing is to Hendrick Motorsports?