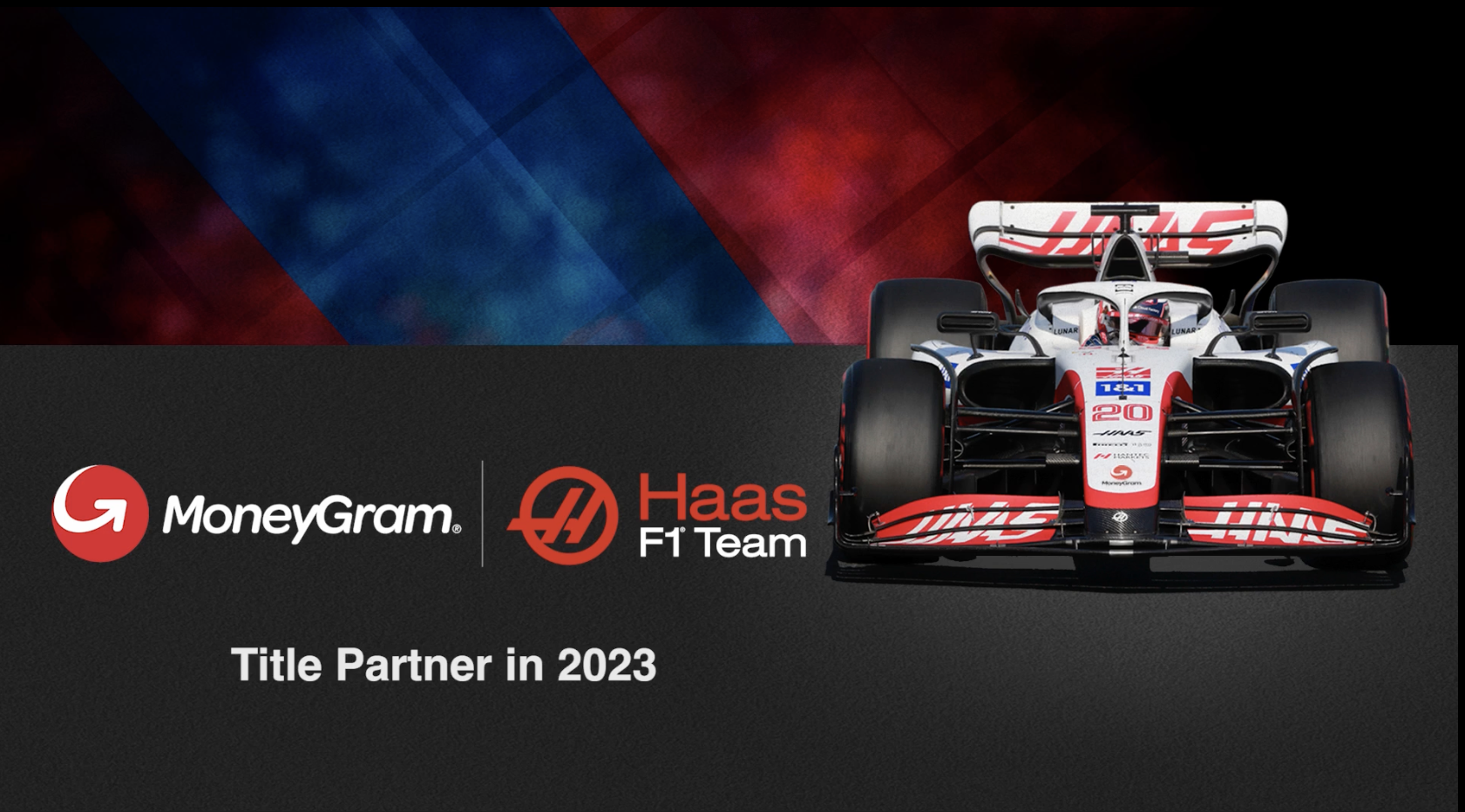 As the 10th annual US Grand Prix kicks off in Austin this weekend  Haas F1 Team, the only American team competing in the FIA Formula 1 (F1) World Championship, today announced that MoneyGram, a global fintech leader, will become the new title sponsor. The new “MoneyGram Haas F1 Team” will officially take effect in 2023, with new team cars and uniform to be unveiled ahead of next year’s season.

Since Haas’ entrance into the F1 World Championship in 2016, the team has earned a reputation of strength, agility and resilience; similar to what MoneyGram, the fastest way to send money globally, brings to the world of financial services. The F1 2023 season will take place across 24 races held in 21 countries on five continents around the world – which account for nearly 80% of MoneyGram’s transaction value.

More details can be found here.