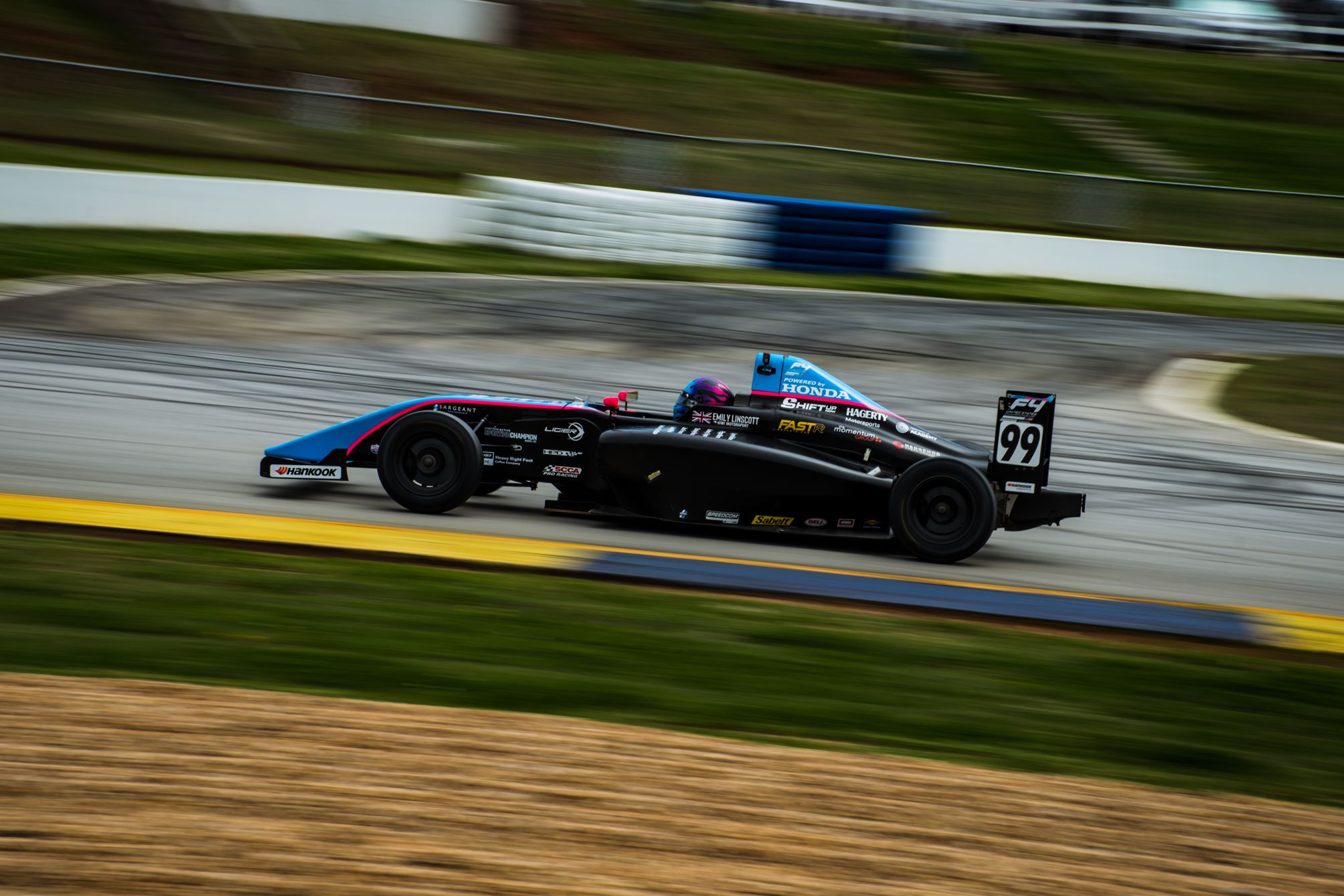 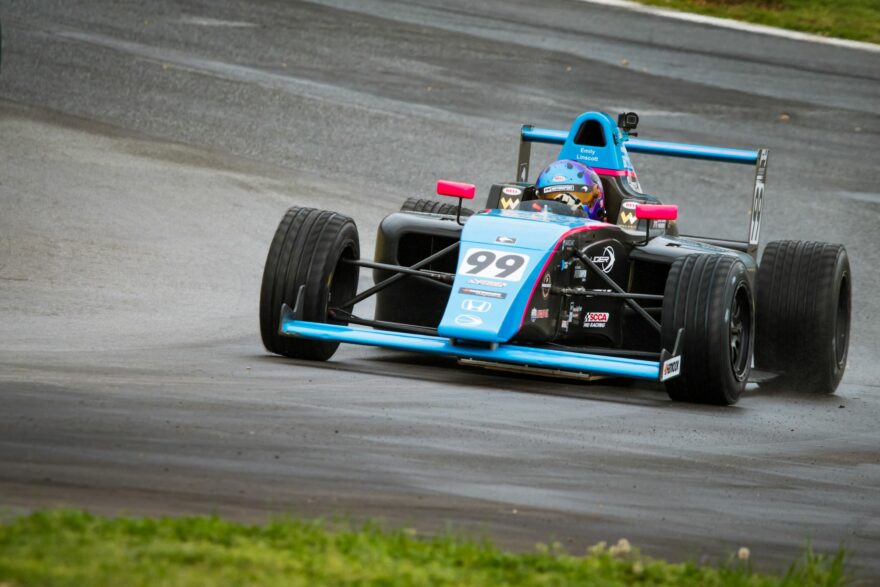 Racing driver, Emily Linscott, from Basildon, Essex, UK, delivered a strong, points scoring finish at the weekend at Road Atlanta in her debut round of the Formula 4 United States Championship Powered by Honda.

Linscott, and the rest of the 29 drivers, started the weekend in torrential rain in Thursday’s promoter test day but the three sessions were massively reduced due to the dangers of lightening, and then Tornado warnings as the sirens went off in the background.

Friday’s qualifying didn’t go according to plan for Linscott, getting caught out buy a red flag leaving her little chance to set a good time, leaving her down in 23rd place.

“It’s just bad timing the red flag came out when it did as I felt I had a lot more time left in me but this will give me a chance to have some fun and show my overtaking skills off,” said the Bubble Brit with wry smile.

Saturday’s two races were marred by crashes, meaning both races had to be suspended and placed under safety car restrictions as they cleared away the damaged cars, but nonetheless, the hard charging teenage managed to climb 8 places in race one and starting 19th in race two, a further 4 places to finish both in 15th place overall.

The weather played its part again on Sunday with monsoon level rain pelting the fast and technical Road Atlanta circuit, but Linscott wasn’t fazed by racing in the rain, saying, “bring it on!  I love racing in the rain, let’s see what we can do from 14th on the grid then shall we…”

Taking 8th place in a tough 30-minute race, Linscott was obviously overjoyed with her result as she overtook her way up the order. “I’m pleased with my driving this weekend. I’ve learnt so much from each of the races but I am still a long way off what I know I can deliver if I had a full testing programme, but hey, I’m hear and I’m fighting for what I can with every ounce of my skill, and I’m getting better and better each time I drive the car,” she said beaming with pride and confidence.

Linscott’s first target for the season was to break into the top 10 and score championship points. With that already ticked off the list, her sights are set on making top ten’s a regular thing and looking toward battling for a top five finish.  We wouldn’t put it passed her!

“I’m back in Indianapolis now and ready to get back in the gym to prepare for the next round in a few weeks’ time. I won’t be back in the car again until then so I’m just concentrating on keeping myself at peak physical and mental fitness ready for the demanding Road America circuit,” she said in her typically determined fashion.

Round 2 of the F4 United States Championship is at the super-fast Road America circuit in Wisconsin on May 14th – 16th where she will reunite with her Kiwi Motorsport Team once more.