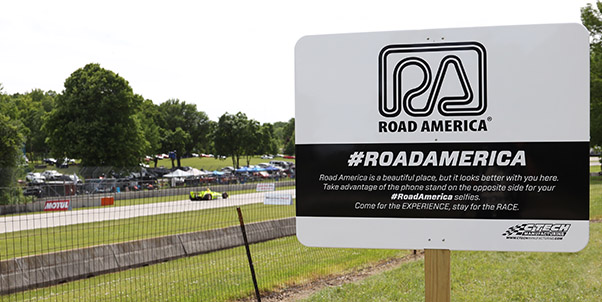 There is a new championship leader and new challenges ahead as the NTT INDYCAR SERIES begins the second half of this competitive season.

Pato O’Ward’s victory in the second race of last weekend’s Chevrolet Dual in Detroit pushed the Arrow McLaren SP driver into the series lead heading to the REV Group Grand Prix presented by AMR on Sunday, June 20 at the Road America circuit in Elkhart Lake, Wisconsin. O’Ward is one point ahead of Chip Ganassi Racing’s Alex Palou with eight races remaining. Practice begins at 5 p.m. (ET) Friday (live on Peacock).

However, the initial focus of the Road America weekend centers on two injured drivers and their replacements.

Ed Carpenter Racing’s Rinus VeeKay will not be medically cleared for this event following Tuesday’s surgery to repair a broken left clavicle injured in a cycling accident Monday. VeeKay, fifth in the season standings, is being replaced in the No. 21 Direct Supply Chevrolet by 2019 Indy Lights champion Oliver Askew, who replaced Arrow McLaren SP’s Felix Rosenqvist in the second Detroit race after the Swede was hospitalized in a crash in Race 1. As Rosenqvist is still not ready to return to the No. 7 Arrow McLaren SP Chevrolet, he will be replaced by Kevin Magnussen, a veteran of seven Formula One seasons who won last weekend’s IMSA WeatherTech SportsCar Championship race at Detroit’s Belle Isle circuit.

VeeKay is the second ECR driver in six years to suffer such an injury. In 2016, Josef Newgarden broke his clavicle in a crash with Conor Daly at Texas Motor Speedway. Newgarden returned to the car 12 days later at INDYCAR’s next event — ironically, it was at Road America. If VeeKay follows a similar recovery timeline and can manage the pain, he could be back for the Honda Indy 200 at the Mid-Ohio Sports Car Course (July 2-4).

VeeKay is one of seven INDYCAR drivers to win a race this season. He captured his maiden series victory in the GMR Grand Prix on May 15 at the Indianapolis Motor Speedway road course.

Magnussen, 28, started 119 F1 races for the McLaren, Renault and Haas teams from 2014-20. His best finish came in his first race – second place in the Australian Grand Prix for McLaren. He spent four years as a Haas F1 teammate of INDYCAR rookie Romain Grosjean, who now drives the No. 51 Nurtec ODT Honda of Dale Coyne Racing with RWR.

This weekend’s field stays at 25 car-and-driver combinations as NASCAR Cup Series and sports car driver Cody Ware makes his series debut in the No. 52 NURTEC ODT Honda of Dale Coyne Racing with RWR. Ware completed his first INDYCAR laps earlier this year in a test at Sebring International Raceway and recently participated in a rookie test day at Road America.

In addition to the INDYCAR SERIES, the REV Group Grand Prix weekend includes all three levels of the Road to Indy program.

Sunday’s 55-lap INDYCAR race opens with the television broadcast at noon (ET) on NBC Sports Network. The INDYCAR Radio Network will have all the action on INDYCAR.com, the INDYCAR Mobile App powered by NTT DATA and SiriusXM 205.