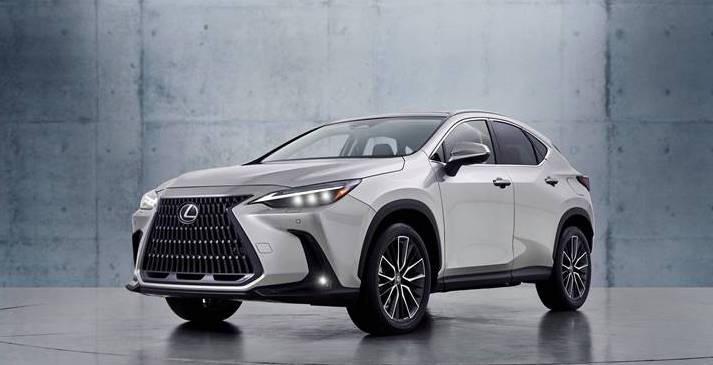 TORONTO, Ontario –Ushering in a new era of luxury, Lexus is embracing electrification, intuitive technology, performance, and design. The all-new 2022 Lexus NX delivers a long list of firsts, including the all-new Lexus Interface multimedia system designed with the North American market in mind.

With a lower centre of gravity and stronger stance, the all-new NX embodies powerful design, intuitive innovation and boundless utility. The most notable update is the introduction of Lexus Interface, the integrated multimedia and digital support on thestandard 9.8-inch and optional 14-inch touchscreen displays. It offers available over the air updates, wireless charging and untethered smart phone connection to the user’s unique profile. This is paired with the introduction of standard Lexus Safety System+ 3.0, plus Blind Spot Monitor with Rear Cross Traffic Alert. Additionally, Safe Exit Assist and the innovative Digital Latch system are designed to make exiting the vehicle safely even more effortless.

We are excited to share the all-new 2022 Lexus NX with our Guests for many reasons,” said Martin Gilbert, Director of Lexus Canada. “First, because it sets a new standard in the luxury crossover market with innovations in electrified powertrains, modernized design,an intuitive cockpit, driving dynamics, and safety. Second, because it offers our Canadian Guests a choice of exciting powertrains – including a more powerful self-charging hybrid, an all-new 2.4L Turbo and the first Lexus plug-in hybrid. And third, because starting in 2022, most of the NX models we sell in Canada will also be built here in Canada.

Since early 2019, Toyota Motor Manufacturing Canada (TMMC) has been steadily retooling its operations and training its team members to add the Lexus NX series to its assembly plant in Cambridge, Ontario. TMMC’s globally recognized, multiple award-winning operation became the first plant outside Japan to build a Lexus model, when it started assembling the Lexus RX series in 2003.

“We have invested more than $9 billion in our Canadian manufacturing operations since 1986, and currently employ more than 8,500 team members to build many of the most popular Lexus and Toyota vehicles for the North American market,” said Frank Voss, President of Toyota Motor Manufacturing Canada. “My award-winning team is excited about adding the NX to our production line and we have been working tirelessly to prepare for this. We’re on schedule and look forward to building this amazing new NX series for our fellow Canadians.”