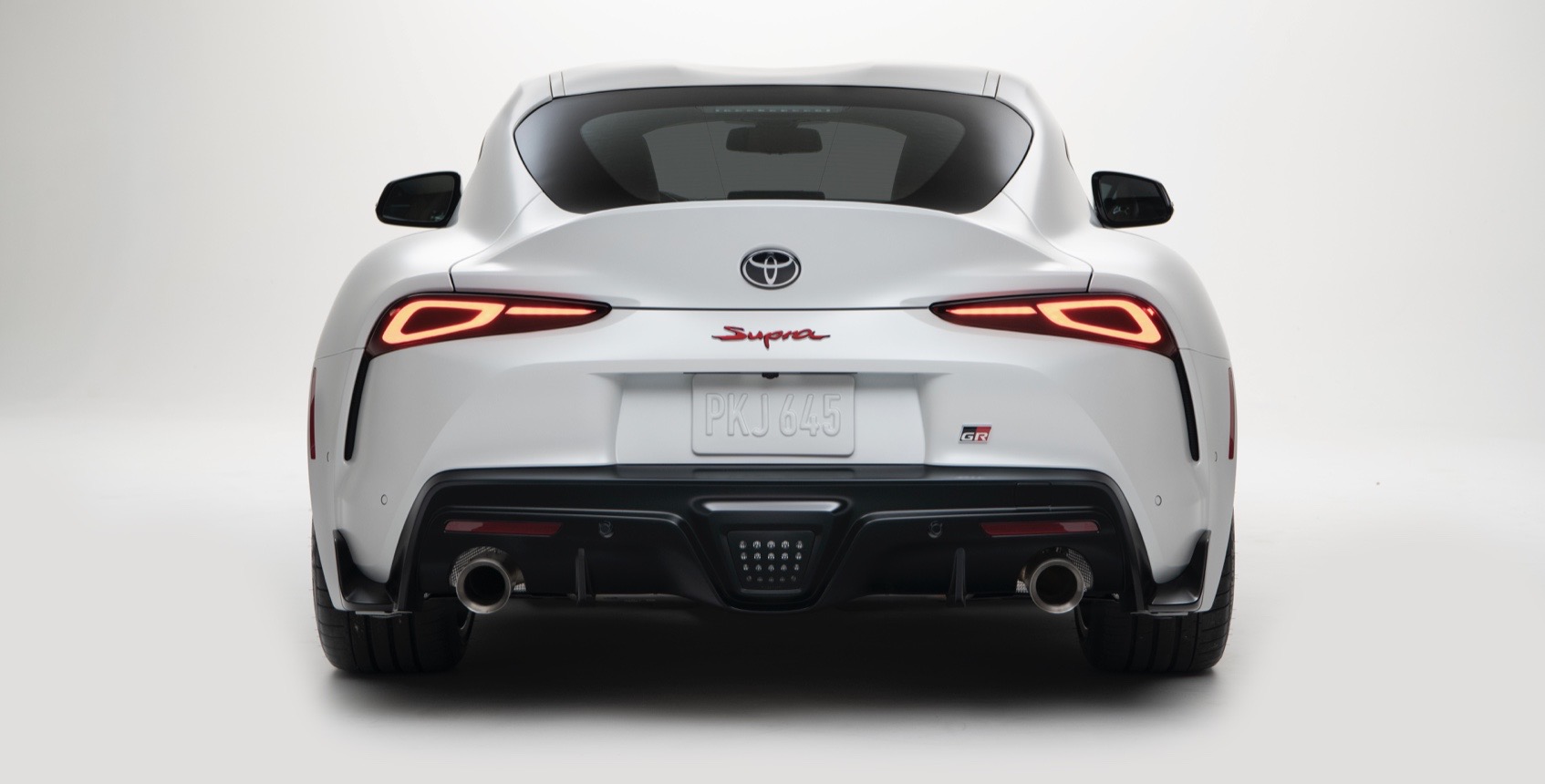 TORONTO, Ontario (April 28, 2022) – From the moment of its launch in 2019, the GR Supra captured the spirit of TOYOTA GAZOO Racing – one that’s all about the joy of driving. For 2023, it adds one more dynamic element: a six-speed intelligent Manual Transmission (iMT). For drivers who love the control and rewards offered by precisely timed manual shifts, it might be the Supra they’ve been waiting for.

True to the GR Supra’s thoroughbred engineering quality, this development wasn’t simply a matter of using an off-the-shelf solution. Engineers developed a manual transmission specifically for GR Supra, with components designed specifically to suit the power and torque characteristics of its 3.0-litre 382 horsepower engine. At the same time, the GR Supra’s braking control systems and suspension have been retuned for even better performance – changes that are being introduced throughout the model range.

The manual transmission will be available as an option on the GR Supra 3.0 Premium and a limited A91-MT Edition model will also be produced for model year 2023 only. Available colours for the 3.0 Premium will include all standard Supra colours plus a new Portimao Blue colour. The A91-MT Edition will be available in Matte White and Sparkling Copper Gray.

Available on the 3.0 Premium and a limited A91-MT Edition model, the manual transmission installed in the GR Supra has been engineered and tuned specifically for use with the coupe’s straight-six engine.

The engineering team modified an existing transmission housing, driveshaft and gear set and removed elements that were not required, such as the acoustic package, which reduced weight. At the heart of the transmission is a newly engineered large diameter clutch with a reinforced diaphragm spring. With a larger friction area and a stronger spring, this new component has the high-performance capability appropriate for use with the GR Supra’s high-torque engine.

The newly developed 6-speed manual gearbox also features an Intelligent Manual Transmission (iMT) programmed with new software that prioritizes sporty performance. When upshifting, the parameters are tuned to optimize engine torque at the moment of clutch engagement and release; on downshifts, the software has been fine-tuned for consistent performance. The iMT is set as the default but, if the driver prefers, it can be switched off in Sport mode.

To avoid a sluggish take-off and a low in-gear acceleration feel, the final drive ratio has been shortened, from 3.15 (in the GR Supra automatic) to 3.46 (in the GR Supra MT). The result is response and gearing appropriate for sports car performance.

Close attention was also paid to how a manual shifter could be accommodated in the driver’s cockpit. The lever ratio was specifically set to minimize the effort required to make shifts and engage reverse gear. While the weight and shape of the 200g gear knob, along with the quality of shift engagement, have all been precisely defined. Ergonomics were also top-of-mind, as the console unit and position of the drive mode selector were adjusted to provide a 43 mm (1.7-inch) clearance between the shift knob and the control panel. 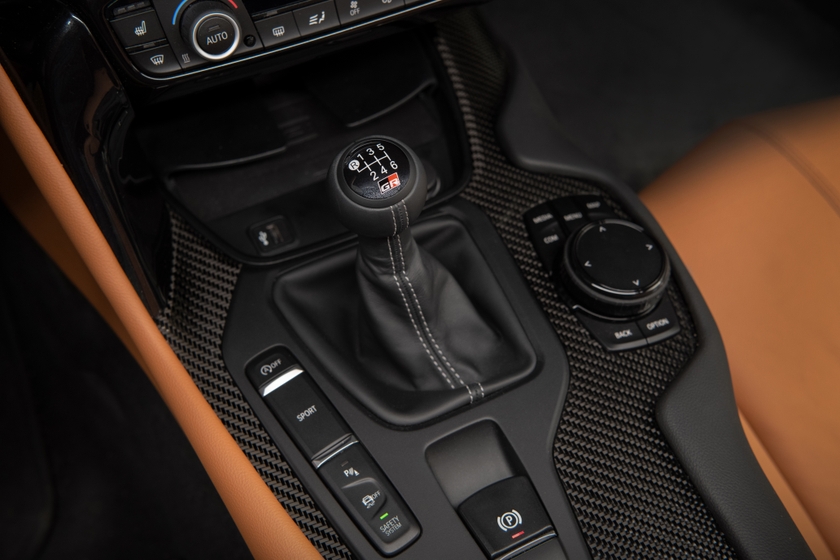 The GR Supra was Toyota’s first global GAZOO Racing (GR) model and the dream of Toyota President Akio Toyoda to deliver a car that is purely about the joy of driving.

Subsequently, the introduction of global models, like the GR Yaris and last year’s arrival of the GR86 coupe, have reinforced the special qualities that define the GR brand – cars that are born out of a passion for driving and draw directly on the world championship-winning expertise and experience of TOYOTA GAZOO Racing.

While the car and its performance have received high praise worldwide from media and fans alike, perhaps inevitably the question of whether a manual gearbox would be available persisted. Now that it’s official, the addition of a manual transmission option to the Supra line-up means Toyota will offer all three of its Canadian GR models with a stick, which is standard on the upcoming GR Corolla and on the GR86.

Tuned for Traction, Stability, and Agility

The GR Supra’s traction and braking have been optimized for operation with a manual transmission.

With an automatic, it’s possible to use second gear when pulling away uphill when opposite wheels are on surfaces with different grip levels – for example, when the car is parked on partly icy road, progress is smooth with no rolling back or wheel slip. With a manual gearbox, first gear must be used and releasing the clutch brings a greater risk of wheel spin. To address the issue, Toyota engineers have tuned the car’s TRAction Control (TRAC) system to achieve smooth operation like that experienced with an automatic. The system is also optimized for the GR Supra’s characteristic high engine torque, wide tires and rear-wheel drive.

The car’s behavior when accelerating out of a corner is a key element in the “Fun to Drive” quality Toyota has developed for the GR Supra. For the new manual version, the traction control has again been the focus to ensure an ideal balance of agility and stability when exiting a corner on the throttle. TRAC intervention has been calibrated to maintain stability – so the car keeps faithfully to the driver’s intended line – while allowing the right amount of power for a sporty experience.

The ambition to make the GR Supra fun to drive in the most demanding scenarios has helped inspire the introduction of a new Hairpin+ function. This is designed to allow more freedom and reward when taking tight bends on an uphill gradient (more than 5%) with a high-friction road surface. More “freewheel” spin can make such routes more enjoyable to drive, so Toyota has optimized engine torque control to allow a greater difference in the degree of wheel spin on the left and right-side tires.

To counter the possibility of “snap-off” oversteer – something that may be hard to control with the car’s Vehicle Stability Control (VSC) alone – an Anti-Roll Program (ARP) has been adopted for both the manual and automatic versions of the GR Supra. This intervenes at an earlier point with the VSC to cover any sudden loss of grip when the car’s high-response suspension setting it used.

In addition, the Track mode has been tuned to allow for easy drifting with freedom of throttle control. The vehicle remains agile, but there is less risk of spinning thanks to specific engine and torque control.

Special Edition and Updates Across the Lineup

All 2023 GR Supra 3.0 models, both AT and MT versions, will benefit from a retuned suspension with re-tuned shock absorbers for improved roll balance and ride comfort. The mechanical components in the electric power steering and the system’s operating parameters have also been re-tuned. All 3.0 models will have an active rear sport differential standard.

Supra Connect is also available. This advanced technology suite is designed to help you get more from your GR Supra 3.0 Premium and A91-MT Edition and includes features like Automatic Emergency Call, Real-Time Traffic Information, Roadside Assistance and the available Supra Connect iPhone® app to lock/unlock the doors and activate Ventilation Now and Ventilation Timer features.

Story and Image courtesy of Toyota